What is the Difference between Gay and Transgender?

This may be a very basic post for some and if so I invite you to skip it, but it is one of the most frequent search requests that land people on my blog, so I thought I should write a very clear answer to this query. (I wrote previously about the difference between some experiences of gay and transgender people here.)

‘Gay’, ’Lesbian’ and ‘Bisexual’ refer to sexual orientation, in other words – who you are attracted to.   A man who is attracted to other men could identify as ‘Gay’ or ‘Homosexual’.

‘Transgender’ is often used to mean ‘Transsexual’(Transgender refers to a larger group of people than that) has to do with one’s gender identity.  Gender Identity is how one identifies in terms of maleness or femaleness.  For a transgender or transsexual person one’s gender identity is different from what one might expect given ones natal or biological sex (‘Sex’ here refers to one’s biological sex – how one was born.)  Gender is not always the same as one’s sex.  ‘Gender Identity’ is how one feels inside, and Sexual Orientation is who one is attracted to vis-à-vis your current gender presentation.

To get back to the question ‘What is the Difference between Gay and Transgender?’ – we see that the difference is one has to do with sexual orientation (who you are attracted to sexually) and the other has to do with gender identity (who you feel yourself to be).

Why then all the confusion?

I think it has to do with the fact that queer folk – (i.e. gay lesbian and bisexual) might have more overlap with gender queerness than other (heteronormative or ‘straight’) folk.  In other words – among gay men – there may be a larger percentage of gender fluidity – or those who identify as somewhat more feminine than among straight men and the same with gay women.  This is their natural ‘Gender Expression’.  Indeed Freud remarked on the biological characteristics of gay men back in the early 1900’s.  Therefore it is possible to confuse or conflate sexual orientation with gender identity.  In addition, much of the stigma and discrimination suffered by gays and lesbians over the years has more to do with their visible gender non-conformity than with their invisible sexual preference.  The world has very little tolerance for gender non-conformity, although the world is changing.

Find out about Psychotherapy when dealing with Gender variance in yourself or someone close to you.

The previous post with the first version of the proposed changes can be found here.

A few notes before the quoted text.

2. they have added a ‘B’ criteria of distress and

3. they have added a ‘post-transition’ specifier.

The following (in blue) is quoted from the APA site:

Gender Dysphoria (in Adolescents or Adults)**

A. A marked incongruence between one’s experienced/expressed gender and assigned gender, of at least 6 months duration, as manifested by 2* or more of the following indicators: [2, 3, 4]**

3. a strong desire for the primary and/or secondary sex characteristics of the other gender

4. a strong desire to be of the other gender (or some alternative gender different from one’s assigned gender)

5. a strong desire to be treated as the other gender (or some alternative gender different from one’s assigned gender)

6. a strong conviction that one has the typical feelings and reactions of the other gender (or some alternative gender different from one’s assigned gender)

B. The condition is associated with clinically significant distress or impairment in social, occupational, or other important areas of functioning,  or with a significantly increased risk of suffering, such as distress or disability**

With a disorder of sex development [14]

Without a disorder of sex development

Post-transition, i.e., the individual has transitioned to full-time living in the desired gender (with or without legalization of gender change) and has undergone (or is undergoing) at least one cross-sex medical procedure or treatment regimen, namely, regular cross-sex hormone treatment or gender reassignment surgery confirming the desired gender (e.g., penectomy, vaginoplasty in a natal male, mastectomy, phalloplasty in a natal female).

Note: Three changes have been made since the initial website launch in February 2010: the name of the diagnosis, the addition of the B criterion, and the addition of a specifier. Definitions and criterion under A remain unchanged.

Thoughts for Parents of Transgender children

I had posted before about some ideas of how to come out to family, and I recently had the opportunity to be the guest speaker at a support group for parents of transgender children (part of New York City PFLAG). The following is a handout I used.  They are mostly talking points, but I think they can still be useful, so I’m posting them here.  Note that it is aimed at parents that have been newly-come-out to by mostly teenage and older children.

The long term goal is maintaining a relationship with your child.

There can be pressure for immediate acceptance.
You are entitled to all your feelings about the situation.
Your child has had much more time to think about this and accept it than you have.

Listening: Don’t interrupt, don’t tune out, and don’t plan what you will say next, make eye contact, pay attention to the speakers feelings, before you give your opinion reflect back what you are heard in a non-judgmental way so that the speaker knows they have been heard or ask for clarification if you didn’t understand something. 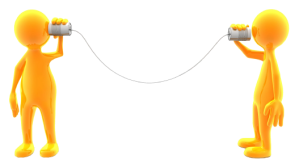 Speaking: If you’re too angry or upset take a 20 min. break. Try to avoid blaming, ultimatums, attacking, insults, large proclamations or hurtful speech. Say what you feel clearly, don’t assume people know. (people are not mind readers). Say what you feel rather than acting it out, ex: “I’m confused and angry…”
Say where you are, example: “I don’t completely understand it but I’m listening and working on it”
Don’t triangulate; focus on you and your child not other people.
Don’t shut down communications or avoid your child

This is often the largest fear.
Let it happen when you’re ready.
Let others have their own feelings and reactions about it, don’t try and dictate.

Educate yourself about transgenderism.
This is an opportunity for a more authentic relationship with your child.

Find out about Psychotherapy when dealing with Gender variance in yourself or someone close to you.